I got a phone call this morning. i think i feel a little like anxious mom when recently she found out about the passing of her biological mother that she never knew. I felt and feel sadness when I heard my brother has lost his battle with cancer yet the feelings are definitely tempered considering the years of disconnect between him and I. 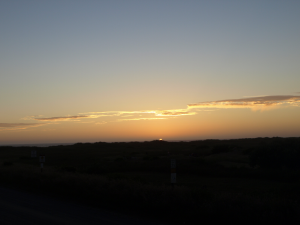 sure, he’s blood, but we have been disconnected for years. as I write this, even though we grew up in the same house, i can only recall three memories of him from my formative years.

my two friends were “torturing” me for giving up the location of our secret fort. one of them sad on top of me with arms penned thumping me on the chest. in a rare attempt of conflict for him, he tried to push my friend off of me. 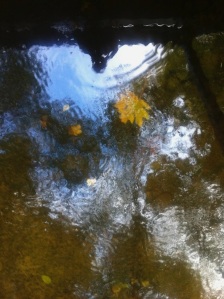 the second memories centered around schooling. he never did particularly well in school and that was unacceptable in my family. i can still hear my dad nearly quarterly giving the talk/yell on how he had to do better in school. the talks seldom worked.

the third memory happened on thanksgiving. we had some friends over, a couple, and my brother was out front taking some bong hits. the husband of the couple was out front also. my dad came out front and blew his lid, saying he didn’t like being embarrassed in front of guests. these friends were just as big of stoners as my brother, so there would have been no real reason to be embarrassed.

the funny yet strange thing about the three memories is that there isn’t really a definite end to any of them. the memories end with just a jagged edge.

fast forward to more recent times. about 2-1/2 years into my last cycle. he got diagnosed with cancer. i found the disparity on family action shocking. one of my siblings stepped and advocated from him. they made sure he had transportation to his chemo appointments 8 hours away, and people staying with him on his required stays. he had family visiting him either at his home between appointments or at the hospital. meanwhile, i didn’t even receive a phone call once a month from any family member. one sister would call me for my birthday, christmas and perhaps another time sometime in the year. that’s about it. recalling this brings great sadness to me.

gee, no wonder I felt and continue to feel resentment. the resentment isn’t really directed at my brother, but my family. how could they jump to attention for my brother, yet almost ignore. me?

yay, you might say, how many times did you reach out to them? if a friend or family member is in traction, do you expect them to come over to your house to watch the game or just catch up? no, you would have to go to them. i’ve been in mental traction for too long now and for the most part, the family stays away.

well, today, I definitely feel sadness in my body. throughout the years, he’s whiled his way into my heart. in his passing he takes a little bit of my heart with him. that’s the pain I feel, wishing we were closer, wishing that he would have been the brother I never had.

4 thoughts on “the brother i never had”