in our last episode…i talked about the best i’ve felt in year sthanks to methylfolate. one thing i didn’t mention was a fear that i had that it might stop working. shortly after a move to the positive direction. guess what? my worst fears have been realized, a turn-hard right. 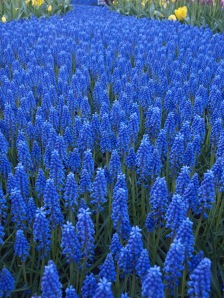 a year and a half ago, i finally reached a point of stability due to a couple of med changes. the changes at least got me out of the basement. the thing is it was no where near the second or third floor where i use to live. that’s where the methylfolade comes in.

It appeared to be working. I wrote about it. after writing that, there has been a slow and steady decline. the thing is the decline didn’t stop on the first floor but headed quickly back to the basement.

one the the biggest difference between the basement and the first floor is emotional resilience. i appear to have the resilience of a blade of grass in the path of 100,000 soldiers.

recall my interaction with my sister from a few weeks ago. even the thou the response was less than favorable, at least i could say, wtf. what happen didn’t run me over. that’s emotional resilience.

in the last four days, that resilience has disappeared. there are three instances where that emotional resilience and stability seem to have left the building.

a friend of mine asked me to go to a baseball game with him. Since the length of the game is undetermined and it is on a day where i co-facilitate a meeting, i wanted to check with the other facilitator. i know i’ll get the okay, but, in my mind it is still right to ask. the other facilitator is out of town so i had to wait.

i got a text from my friend asking if i was going to the game. my first brain answer was the pretty irrational and rash, “just get someone else to go.” to add a little more perspective, baseball is my favorite sport. The next brain thought, minutes later was an explanation of the situation followed by a, “so, I can’t believe you asked me, jerk, find someone else.” after a few more minutes of stewing, sanity return. i told him the situation and told him I’d let him know when the co-facilitator returned. he was cool with that. no matter, the gyrations i went through were pretty energy draining. 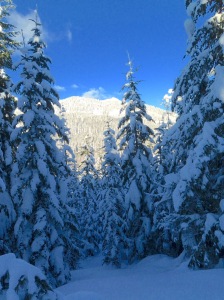 later that day, i was on the phone with a credit union customer service rep. one thing we talked about was blocking the ability to paste into the password. some banks do that, some don’t. i currently have five financial institutions, four allow pasting and and one that doesn’t.

i have lots of passwords. having thoroughly researched computer security, i use long passwords, in excess of 20 chars when allowed, for maximum security. on top of that, my memory isn’t very good. Without the paste in to passwords field I am seriously hampered.

the rep at one time told me that not pasting into the password field thing is global. wrong-see note above. then she said, ” you should use a shorter password.” first of all, should is a huge trigger word for me and then have someone tell me to make it easier for people to steal my money, i lost it. meltdown. the phone call had been draining up to that point but the rest of the phone call was combative and increasingly draining.

two emotional meltdowns in a day, the last time that happened was before i got stabilized on meds 1 1/2 years ago.but wait, there’s more.

the next day, i had planned to go to the daughter of a good friend’s first communion. they’re about 50 minutes away, so i planned to leave an hour early to get to the chili party before. as it sometimes happens, getting out of the house took longer than expected, 20 minutes longer. the rational mind told me that’ll be fine i’ll be ten minutes late. with that, i headed out. 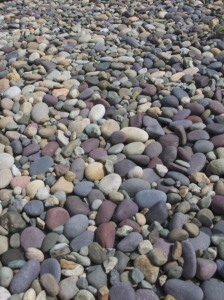 i creeped on for a mile. i kept watching for chock points where there might be an accident. one mile became two. i could feel the anxiety start to build. two miles became three. i tried to stay calm. three miles became four. i tried to stay come but i felt very anxious. finally, the traffic began to break again.

by the way, no accident materialized. this must have be then standard every day, saturday traffic. (sidebar: maybe if i can’t handle stop and go traffic anymore, seattle isn’t the place for me.)

finally i was moving at full speed , again. i reached their exit and turned off. crap! this is their old exit. i popped out my gps to get bearings on the fastest way to their new house. i peaked at the arrival time-4:00. i’d arrive just in time to leave for the church. so much for sharing this bowl of watermelon sitting next to me.

i would still have more than enough time to get to the church since the celebration started at 5:00.

the events of the afternoon flooded in; the late start, the highly anxious time of the stop and go traffic, taking the wrong exit, missing the party, and potentially having to interact with someone who pushes my buttons while in an emotionally run-down state. i felt over whelmed. i texted my friend with tears in my eyes, “😖 not gonna make it. Traffic sucked. Took wrong turns. Just too frazzled. Headed home.”

to top it off, i couldn’t shake these events. they hung like a thick pea soup fog. 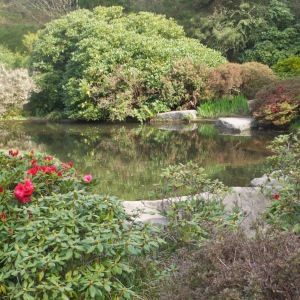 i find myself frightened. the emotional stability and resilience that i have experience for the last 1 1/2 years has seemingly disappeared and just one week after an apex. can i get back to the place of stability that i had experienced for the last 1 1/2 years and saw only a week ago? in my current state, i feel like i’ve surrendered the stability that I have experienced since the med change that at least headed me in the right direction.

where to go from here? i stopped taking the methylfolate, yesterday. i’m hoping to get back to that place of midline stability. will i try again? yes. it showed such promise. this time paying more attention on how to avoid the side effects of methylfolate.

4 thoughts on “a turn-hard to the right”