a note to creationist: heed the same warning that the cowardly lion followed in the wizard of oz, “i’d turn back if I were you!”

i recently wrote about research showing a possible correlation between brain inflammation and depression. I claimed that maybe our brains where too big. perhaps, i got that wrong. read on to find out why.

i just got done watching a nova program on pbs about sharks. The primary portion of the show talked about how sharks detect their prey and how that can vary in different shark types. different sharks used different primary senses to detect their prey. they then showed the part of the brain controlling the primary sense organs were comparatively large. from example great whites hunt with their eyes so the eye portion of their brains where large relative to the rest of their brain. 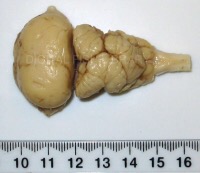 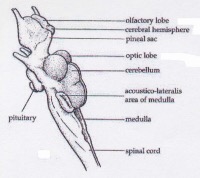 if you move through the evolution of the primates, brain size and the proportion of the frontal lobe increase. homo habilis had small brains. by the time that homo erectus came around, the brain had grown considerably. the neanderthal brain was nearly the same size as homo sapien but was less front loaded than the h. sapien. 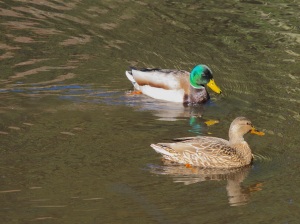 also happening on the evolutionary chain of homo, was increased socialization. even up to neanderthal, the early part of the evolutionary chain the members live with very little interaction. recent scientific studies point the reason neanderthal lost out to humans was because they where far less socialized than the invading cousins. socialization gave humans the edge.

so. what’s all of that have to do with the people today, who suffer with some form of a mental disorder?

though not universal, many people who suffer with some kind of a mental disorder, also face isolation problems. perhaps the isolation can be tracked to socialization struggles. those could be traced back to the slightly smaller frontal lobe as compared with are more socialized cousins. that begs the question are we, the modern humans living with mental disorders living with a more neanderthal like frontal lobe? 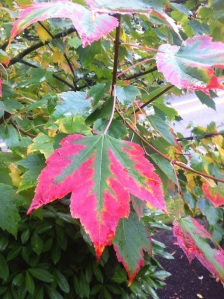 perhaps, a grey matter transplant is all we need. that increase in our frontal lobe would socialize us just enough so we’d be less likely to isolate. with the decreased isolation, we would then lower our propensity to depression.

table any creationism vs. evolution discussion here. if you don’t agree with evolution, fine. just take you ranting somewhere else.